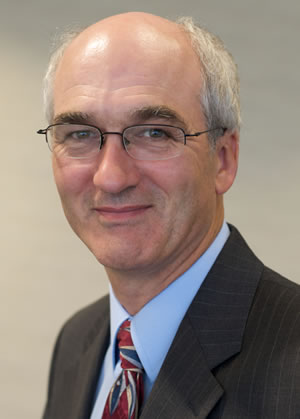 After graduating from Brunel University London with a first class honors degree in electrical and mechanical engineering, he moved to the United States. During the next ten years he honed his engineering skills while fielding ever-increasing requests to perform work for other companies, and in 1995 he founded RMB Consulting.

Nigel is often asked about the origins of the company name. “RMB” are the initials of his children. The company name helps keep his focus on the most important things in life.

As an expert in both the hardware and firmware design of embedded systems, Nigel finds himself in constant demand from a wide variety of clients. His experience spans a range of industries—consumer, industrial, process, and telecommunications.

Nigel is sought after as an expert witness and has been retained by some of the most prestigious law firms in the country. He has given testimony in federal court, and multiple federal judges have favorably cited his work.

Nigel is also an accomplished public speaker and has been widely published in the industry. His blog is one of the most popular blogs in the industry and commands an ever-increasing audience.